IoT Privacy Threats and the 7 Best Ways to Avoid Them

July 02, 2018 by Ntirety
Things are getting smarter. From manufacturing to healthcare to the everyday devices in houses and cars, nearly every industry is looking for more ways to integrate the IoT’s remote monitoring and tracking capabilities into their everyday operations. For organizations that haven’t adopted IoT protocols yet, it’s only a matter of time until they do. A recent study projected that more than 24 billion internet-connected devices will be installed worldwide in the next two years. That equates to more than four IoT devices for every human on the planet, prompting new concerns about security and privacy—and rightfully so, because with more connectivity and an increasing amount of data being transferred comes more vulnerability.

What does this mean for end-users and organizations? 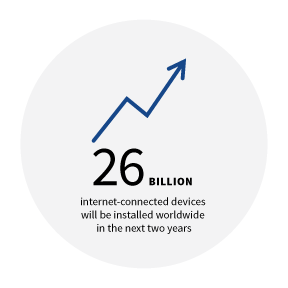 Without the right protections in place, a hacker could easily gain access to the network-connected devices that surround you every day, changing the temperature in your house or controlling your car stereo. There’s even the potential for these privacy and safety breaches to go beyond mere annoyances, turning the issues into one of life or death. Imagine, for instance, if criminals could use IoT-enabled home devices to track a family’s comings and goings, or if they found a way to hack into an IoT-enabled insulin pump or pacemaker, taking their victim’s health hostage in the process.

Developers must take these risks into consideration as they build products and software that are IoT enabled. Further, CIOs and CTOs should take note—your risk profile has changed. Any deception—whether executed deliberately or by mistake—will likely be perceived as your fault. All of this means that for society to accept your IoT-enabled devices and software, or for companies to accept IoT-enabled devices into their organizations, you must make privacy and safety your first priority—no exceptions.

What are the most common types of privacy concerns?

This is an experiment, and end-users are part of it.

Much to the delight of those who want to mine data from consumers for advertising or other more nefarious purposes, the IoT is a jackpot of personal data. Every day, consumers are becoming the subjects of behavioral experiments that they didn’t sign up for. Recently, for example, it was discovered that Roomba was sharing information on its customers’ home dimensions with advertisers without asking permission to do so. And much of the United States was infuriated when it was discovered that Facebook data once thought to be private was sold to a political firm in an effort to influence their behavior.

All of this begs the question—if we can’t socialize with our friends online or vacuum the floor without being tracked, what does this mean for the devices in our lives that keep us healthy or safe? Could the biometrics pulled from your fitness tracker be used to determine your fear level, propensity to be intimidated, anxieties related to finances, or more? End-users want to know that when they interact with IoT devices, they won’t become a guinea pig.

To the delight of clever cybercriminals, the IoT also offers more endpoints to attack. If a person hacked into a computer or smartphone that controlled other devices, they may also be able to gain control to those secondary devices. In other words, they can attack an entire network of devices by gaining access to just one.

Just after its release, a Google Mini was found to be recording everything it heard, and an Amazon Alexa recently recorded and sent a family’s private conversation to a random contact without permission. Not long ago, Google Home and Chromecast found that some of its user’s locations could be tracked within minutes of clicking on an innocent-looking link they received from phishing scammers. Although all of these issues have since been fixed, we know that they are only a few of the many issues out there—what will be next? 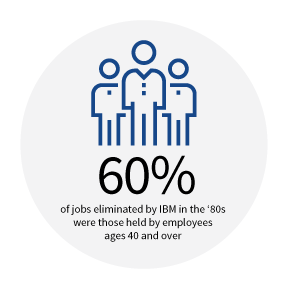 Devices are building more public profiles for their users—and planting the seeds for discrimination.

As users interact with IoT devices, the data gathered from each one is compiled into a profile. If that profile goes public for any reason, the user is then at risk of facing discrimination for employers, insurance companies, and other agencies. While there are laws in place to avoid discrimination against protected classes of people, some experts believe that government agencies aren’t prepared to handle IoT-based discrimination.

This is especially true when you consider how hard it can be to detect and prosecute the most traditional forms of discrimination. It was recently revealed, for example, that roughly 60% of jobs eliminated by IBM in the 1980s were those held by employees ages 40 and over. As IoT-enabled devices become more prominent, there is a fear that this sort of discrimination will go beyond age, race, and sexual orientation to include buying habits, physical activity, and much more. The possibilities for abuse are limitless.

Although government agencies are keeping a close watch on IoT technologies and the potential security concerns they pose, most compliance standards for IoT data security and privacy haven’t caught up entirely yet. The European Union now has GDPR, a set of legal regulations that includes guidelines for data collection and personal information processing. Developers should be aware of the ways these new regulations could extend to the IoT. Additional rollouts of more GDPR regulations are expected to come.

Medical devices could be one of the more frightening prospects to consider when it comes to data privacy compliance. Just one IoT breach could involve multiple HIPAA violations. A recent report on penetration and security risks classified the healthcare sector as one of the worst performing sectors when it comes to system security. The FDA has already issued recommendations on how healthcare facilities can ensure their devices stay protected, yet the complexity of monitoring all that data on so many devices is beyond the reach of many individuals and organizations. That’s why protecting user and data privacy is a must for any IoT system to be truly secure and fully accepted.

So, how can developers help protect the privacy of end-users?

1. Build your apps with security in mind.

CTOs and Application Developers must take a deliberate approach to building data privacy and security into every layer of their app. To best protect data across the board, IoT applications should align to the principles of:

•  Data privacy: A stored data record must not expose undesired properties, such as the identity of a person. This one area is a huge challenge for IoT—and IT in general. It was hard before, and now it’s harder.

•  Anonymity: The property of a single person should not be identifiable as the source of data or an action.

•  Pseudonymity: Link the actions of each person with a pseudonym, or random identifier, rather than an identity. This trades off anonymity with accountability.

•  Unlinkability: This qualifies pseudonymity in the sense that specific actions of the same person must not be linked together, effectively protecting against profiling.

Use strong encryption across all of your devices and network, and never allow users to export data beyond its native application unless they’re entitled to do so. Your encryption should include:

•  AES-256 symmetric encryption for data stored to disks or archived

•  Bcrypt for one-way encryption of passphrases as needed

3. Use role-based authentication and authorization.

User roles should always be defined by capabilities rather than via a structure built on Super Users. Each user in the structure should be anonymized so they are only traceable through event streams with privileged knowledge.

4. Set up multiple access layers, then carefully secure and monitor your data.

•  Firewalls and webs to protect your environment from known threats

•  SSL and SSH to protect your network

The security applications you use should log all security events within the platform in one centralized place, and you should always have access to an audit trail that provides a reconstruction of events. Audit trails should include:

•  Success and failure elements in events

6. Be mindful of dependencies.

This is especially important when you are leveraging opensource. Don’t rely on other people’s code to be secure unless you are absolutely sure those individuals can be trusted and you have layered security to protect your organization—and your reputation.

From the collaboration tools your organization uses to the infrastructure your products and services are built on, it’s important to partner with vendors that are compliant and put safety first.  Healthcare organizations that work with HIPAA-compliant and HITRUST-certified vendors, for instance, can expect to be exposed to fewer risks due to the rigorous and standardized methods of securing protected health information that these vendors must endure.

Ensuring IoT privacy and security can be a big undertaking, especially for smaller companies with limited IT resources that are already spread thin. That’s why many successful organizations are partnering with managed hosting providers. These expert teams can help keep business data private and secure without having to add costly resources, and allow organizations to transfer some of that risk to a trusted partner and expert.

To learn more about how we can help you protect your customer or patient data with simple, streamlined, and fully-managed hosted solutions, schedule a consultation today.